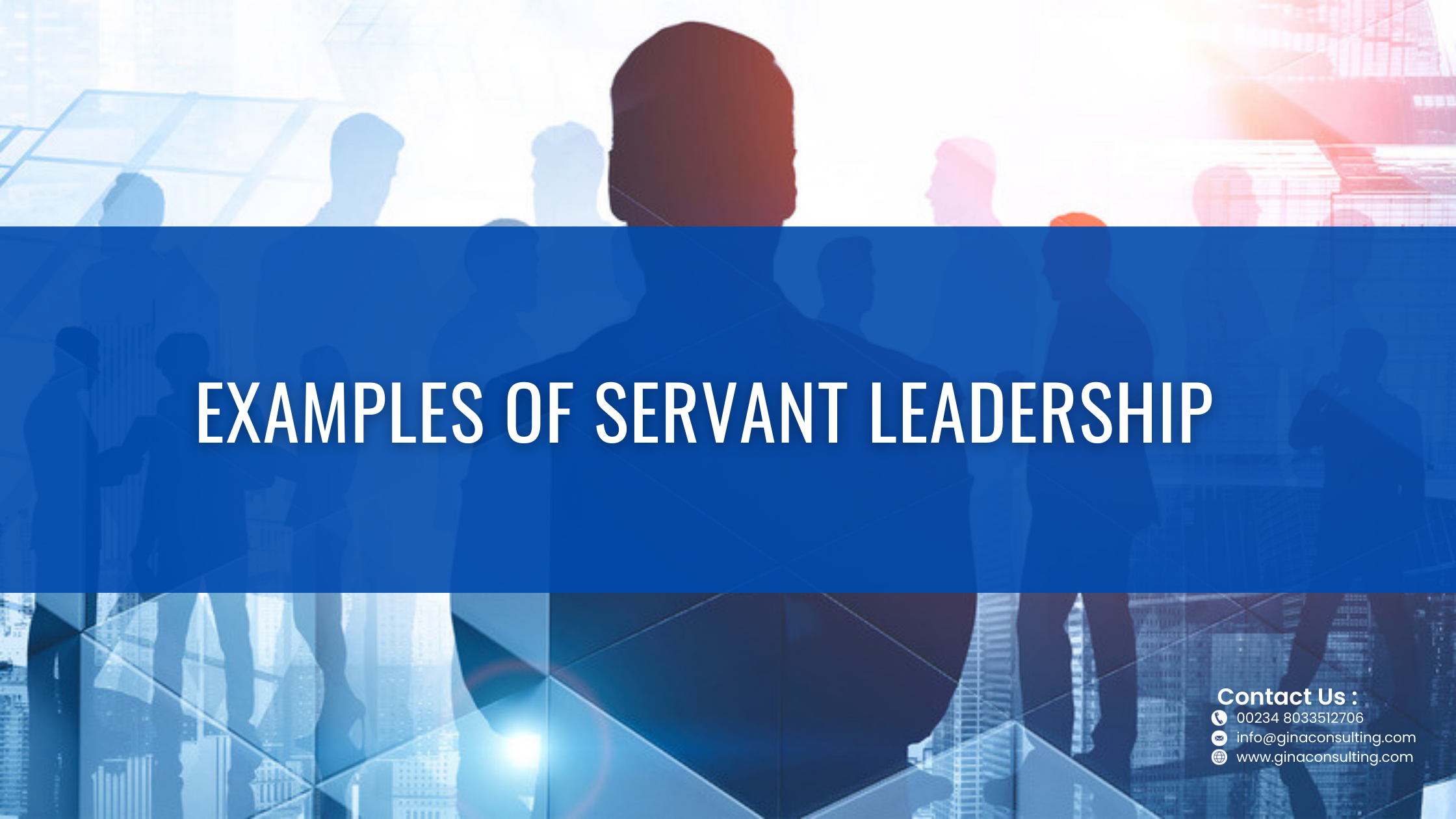 An inclusive vision, attentive listening, reasoned persuasion, and mending of divisions while forging a sense of community are all characteristics of a servant leader.

Abraham Lincoln: was an American lawyer and statesman who served as the 16th president of the United States from 1861 until his assassination in 1865. Abraham Lincoln is remembered as a martyr and a national hero for his wartime leadership and for his efforts to preserve the Union and abolish slavery. Lincoln is often ranked in both popular and scholarly polls as the greatest president in American history.

Lincoln showed honesty, humility and compassion to everyone he came into contact with, even after he acquired the higher political position of president.

Mother Teresa: was an Albanian-Indian Roman Catholic nun who in 1950 founded and was an active member of the Missionaries of Charity. Her missionary was known for pledging to give wholehearted free service to the poorest of the poor.

Mother Teresa received several honours, including the 1962 Ramon Magsaysay Peace Prize and the 1979 Nobel Peace Prize.
Her entire life was devoted to improving the lives of others. She was a selfless servant leader.

Martin Luther King Jr.: was an American Baptist minister and activist who became the most visible spokesman and leader in the civil rights movement from 1955 until his assassination in 1968. King advanced civil rights for people of color in the United States through nonviolence.

Martin Luther King, Jr. is a great example of a servant leader. His life shows the extraordinary power of servant leadership to radically transform a nation.

Nelson Rolihlahla Mandela: was a South African anti-apartheid activist who served as the first president of South Africa from 1994 to 1999. He was the country’s first black head of state and the first elected in a fully representative democratic election.

According to an article by StudyCogi, Mandela employed most of Robert K Greenleaf’s servant leadership principles to achieve his objectives. He was empathetic and managed to address most of the issues his fellow countrymen faced, such as apartheid. The foresight principle guided him to lead his people to a better future (Pieterson, 2014).

Mohandas Karamchand Gandhi: was an Indian lawyer, anti-colonial nationalist who employed nonviolent resistance to lead the successful campaign for India’s independence from British rule, and to later inspire movements for civil rights and freedom across the world.

Gandhi dedicated his career to the achievement of a better life for the downtrodden. He also showed empathy for his followers by remaining to reside in his modest home and wearing the same simple clothing of his Hindu followers.

Chief Obafemi Awolowo: was the leader of Nigeria’s Action Group party and the first indigenous Premier of Western Nigeria. He campaigned heavily for developmental change and implemented free primary education and child healthcare policies across the Western Region.

No comments to show.