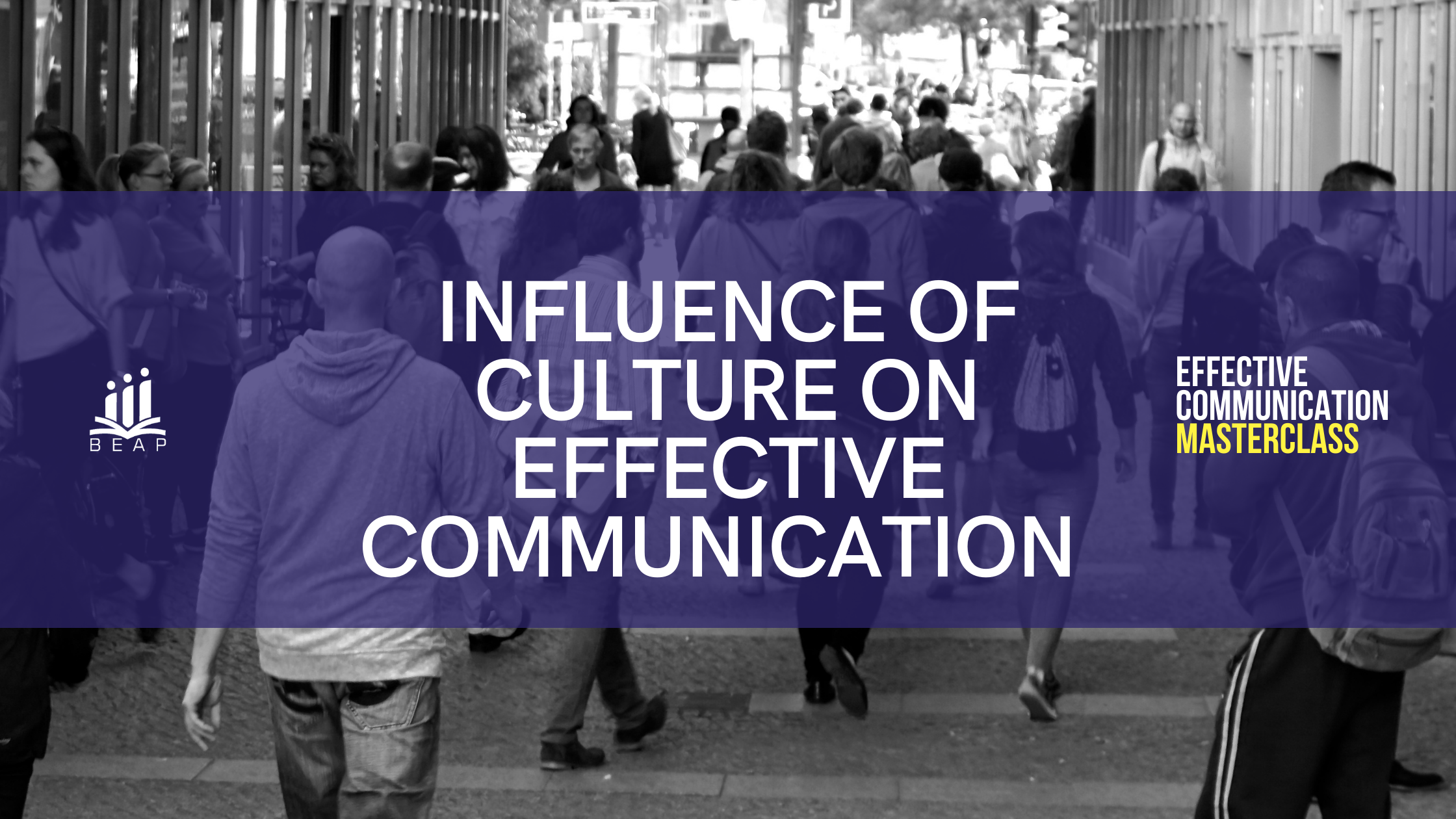 That culture is a total way of life isn’t an overstatement. It permeates every aspect of human societies, including workplace communication. Defined by Fesmina Faizal of feedough.com as the process of exchanging information and ideas, both verbally and non-verbally, between one person or group and another person or group within an organization, effective communication in the workplace is central to getting things done across companies. Since many companies consist of people with different cultural backgrounds and experiences, the nature of the people’s ‘nurture’ is bound to determine and influence their communication styles.

A young girl who grew up in a patriarchal society is most likely to have been taught: “You have no say”; ” You can only be seen, not heard”. Such upbringing has the potential of grooming a passive communicator who perceives virtually everyone, except herself, during communication, as being “okay”. Likewise, growing up in a culture where “Elders are always right”, “Younger ones ought to be seen not heard in meetings”, and “Blind obedience is expected from kids” could serve as the foundation of passive communication style. Let’s take a pause. Do you remember growing up in such an environment? Have you outgrown the passiveness?

Meanwhile, as some of these kids grow older, they sometimes unknowingly resort to passive-aggressive communication style because passive style does not suit them; assertive style is not a realistic style for them, and aggressive style isn’t on the table. Rather than question the ‘all-wise’ elders, they refrain from total obedience and sometimes carry out activities that undermine the elders’ most cherished value— superiority/authority. Adults, and employees, in that category are fond of not expressing themselves and frustrating their managers by not keeping to the deadline or simply putting up a mediocre performance that would render such deliverables useless. When was the last time you frustrated your managers’ efforts because you disagreed with them?

Although not common like passive and passive-aggressive styles, aggressive communicators could be traced to individuals, especially males, born into privilege. Groomed to believe the world revolves around them, these people often behave as if the world actually revolves around them. More often than not, they stand in the position of “I’m okay, everyone else isn’t okay” and carry such attitudes onto leadership positions in society. How, then, do engage in effective communication with such leaders? See our “Communicating with Aggressive Leaders” article here.

Thanks to cultural fluidity- seen as an understanding of cultural differences and how these differences are adopted across cultures, there seems to be a growing desire for inculcating assertive communication styles in younger families and across businesses. With this setting, as younger generations are taught to be respectful, they are also groomed to understand that their opinions matter. When necessary, speaking up is good for them and everyone involved. On the other hand, older generations are admonished to realise that asking questions or speaking is not always synonymous with a challenge to their authority or superiority.

Without a doubt, understanding that one’s and others’ cultural backgrounds have a significant influence on one’s communication style is vital to becoming an assertive communicator. Also, organizations must create environments where employees and managers can engage in effective communication irrespective of their cultural differences. How can such environments be created?

Or can you cite examples of such environments?

*The focus here is on Nigerian and African culture to a large extent.

No comments to show.